I was born and raised in Vancouver, and when I tell people I grew up in a house in Point Grey they usually assume my family was filthy rich.

My dad was a social worker who treated heroin addicts, and my mom was the Assistant to the Dean at UBC Hospital.

In other words, working folks. They bought the house as a bungalow for $12,000 when I was a year old, and then built an additional floor when my two brothers were born.

Twelve. Thousand. Dollars. For a house in Point Grey.

Today that same house would be worth north of $4 million.

Such is the insanity of Vancouver’s housing market. To live in my old neighbourhood, where we played Kick the Can and built a treehouse in the vacant lot across the street, you basically have to be a multimillionaire.

And every time it seems the Vancouver housing bubble has to burst, housing prices go even higher.

A lot of that growth has been fuelled by foreign buyers or in many cases wealthy immigrants to Canada who, coming from Hong Kong, think Vancouver housing prices are a bargain!

Combined with the influx of buyers from across Canada, the Vancouver housing market has been red hot (with a few minor exceptions) since I was a boy in short pants.

But as Bob Dylan would say, those times may be a’changing.

The government in China passed new rules on Jan. 1 to strengthen their existing currency restrictions. The shockwaves are already being felt in the hotter housing markets around the world, particularly in Canada, the US, Australia and the UK.

So, what’s happening, and why?

The issue is the crackdown on China’s existing restrictions on transferring currency out of the country.

China has in recent years faced a rapid depreciation of the yuan against the US dollar.

Foreign exchange reserves in China fell to their lowest level in five years as of last October, down to $3.12 trillion. The government in Beijing is working desperately to keep the forex reserves above the ‘psychological barrier’ of $3 trillion.

So, on New Year’s Day, Beijing brought in new rules making their restrictions on currency transfers much tougher. And they have good reason.

In basic terms, China’s rules are designed to prevent individuals from currency conversion of more than $50,000 USD.

How does this affect the housing market?

Well, to get money out of the country, and secure foreign assets, many Chinese nationals have been buying up properties in cities like Melbourne, London, Vancouver and Toronto.

The new rules are not really ‘new’. Rather, Beijing is further tightening enforcement on the existing regulations that restrict that flow of currency to other countries. Among these newly announced terms:

Citizens must pledge in writing that the funds will “… not be used for overseas purchases of property, securities, life insurance, or any other insurance of an investment nature,” according to the China Daily newspaper.

Applicants for a money transfer must also confirm their compliance with money laundering rules and other restrictions … and if they are found to have fudged the rules, they can lose the right to convert any currency for three years, be placed on a government watch list, and could be convicted of money laundering.

While the basic rule is not new, the increased accent on enforcement could have a chilling effect on Chinese nationals investing abroad.

INVASION OF THE SMURFS: HOW THE CHINESE AVOID CURRENCY CONTROLS People in China who invest abroad can generally be divided into two categories: The very rich, who can move massive amounts of money through existing corporations and banks; and ‘regular’ but wealthier-than-average people who typically move their money overseas in groups.

This latter group of investors are sometimes known as ‘Smurfs’, named for the blue cartoon characters who are tiny individually, but together constitute a larger whole.

more than $50,000 USD abroad from a single person, Smurfs enlist friends, relatives, co-workers and sometimes their own employees to send out cash on their behalf.

Whether they are Smurfs or super-rich investors, these foreign buyers are generally trying to protect their assets from the precipitous decline of the yuan.

Smurfing is one of the many ways money is moved without triggering the country’s currency restrictions. Smurfs also like property as a hedge, so much of that money is flowing into the overheated property markets of Hong Kong, New York, Vancouver, Sydney, and so on.

However, with banks being forced to report such small transactions, life for the Smurfs is going to get much harder this year, and if Beijing is successful, the move could have a dramatic impact on the housing markets in those cities.

My sources, including realtors and mortgage brokers who deal in the Chinese investment market, say the crackdown will not really affect China’s Uber-rich investors … but it will affect the Smurfs.

They also added that so far they have not seen a dramatic impact from the new announcement on currency restrictions, but that could change if the Chinese government begins prosecuting those violating the rules.

Bloomberg, for example, carried a great story on Jan. 26 about a retired civil servant trying to buy a house in Melbourne. The Shanghai resident shelled out a 300,000 yuan deposit in August 2016 on a house bought for 2.4 million yuan ($348,903 USD).

The buyer is due to make another large payment in February, but is now so spooked by the crackdown on currency transfers he may walk away from the deal, even though he would lose his deposit.

The full impact of the crackdown likely will not be known for at least a few months as many of those buyers making purchases now already have their money out of the country.

However, some analysts say there were signs the currency restrictions were working even before the latest crackdown on Jan. 1.

For the first time since the yuan was devalued in August of 2015 Chinese banks registered net inflows to their capital accounts, and the currency has actually gone up by 1.2 per cent against the US dollar between Dec. 28 and Jan. 30.

For Canadians the real focus will be on the impact this has on the housing market. In Vancouver, housing prices have already declined thanks to a new tax on foreign buyers brought in by the BC government. Existing home sales in Metro Vancouver fell by 40 per cent this January over January last year, but more specifically, sales of the detached homes that generally sought by Chinese investors fell by 57.6 per cent from a year ago.

This is an accelerating decline; sales in January were also down 11.1 per cent just from December, which is usually a very slow month.

Some real estate agents in Vancouver and Toronto fear the currency restrictions from China will cause a further decline in sales of detached homes, and eventually this will drag down prices on condos as well.

Other markets in Canada have also enjoyed a red hot market in recent months, among them Victoria, the Fraser Valley and to a more limited extent Kelowna.

This is partly due to the new foreign buyer tax in Vancouver that diverted those buyers to other cities, and partly due to Vancouverites selling their homes and moving to less expensive markets.

If Beijing is successful in stemming the outflow of currency, analysts are predicting a slow-down particularly in the sale of detached homes, and eventually a potential decline in prices across the board.

That ripple effect would have impacts on many other markets as well.

All in all, until the verdict is in on China’s currency war, this is definitely a time for a wait and see approach to the housing market in the larger Canadian cities. 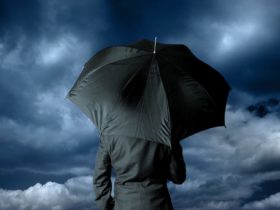 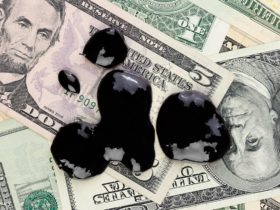 What Private Equity is Buying and the Next Canadian Housing Bubble

In January, I told you of a secret plot by the "smart money" on how they would seize control of assets for pennies on the dollar. Today, that plan is unfolding. Read more as we tell you how to profit from this and which Canadian city is going to have the next real estate boom.