Top secret deals in Panama allows the rich to build vast banks of hidden wealth. Kings, criminals, presidents and prime ministers have been outed for dodging the rules and having assets stashed in tax havens abroad.

In the biggest ever leak of such information, 11.5 million documents handed over to a German newspaper last year reveal in graphic detail how shady Panama City law firm Mossack Fonseca set up more than 200,000 companies and trusts to form a vast network that hides the financial affairs of politicians, oligarchs and criminals. “What we’re looking at here is really a parallel universe, where people can go to play and avoid the rules in their own countries”, says Gerard Ryle of the International Centre Consortium of Investigative Journalists. “People have realised that they are the people getting ripped off here”, said Australian Senator Sam Dastyari. In times of global austerity, the unprecedented exposé about a secret world of money making where the rules don’t apply to the rich, is politically explosive. Though Mossack Fonseca has never been charged with criminal wrongdoing, “people are angry. People have had enough”, says Dastyari, that the system allows the rich to dodge the rules everyone else must live by. In the wake of WikiLeaks, the Panama revelation has fueled beliefs that shining a public spotlight on this illicit financial underworld is the only way to achieve a fairer system.

Journeyman Pictures is your independent source for the world’s most powerful films, exploring the burning issues of today. We represent stories from the world’s top producers, with brand new content coming in all the time. On our channel you’ll find outstanding and controversial journalism covering any global subject you can imagine wanting to know about. 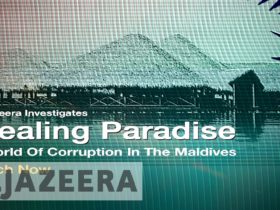 AJ’s Investigative Unit has uncovered corruption in the Maldives. Secretly filmed interviews describe how men on mopeds carried millions in cash to the Maldives’ political elite. President Abdulla Yameen and his former deputy, Ahmed Adeeb, are accused of receiving cash in bags filled with up to $1m, so much that it was “difficult to carry,” according to one of the men who delivered it. 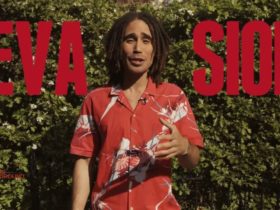 Pete Bennett & Sebastian Pacher go underground on offshore banking & the Panama Papers. They've had more revelations today of the people who've got their money chillin' on a beach somewhere in South America. But is it Tax Haven Or Hell?