Some stock charts just reach out and grab your attention.

That is the part of charting that is so obvious that it goes unnoticed. 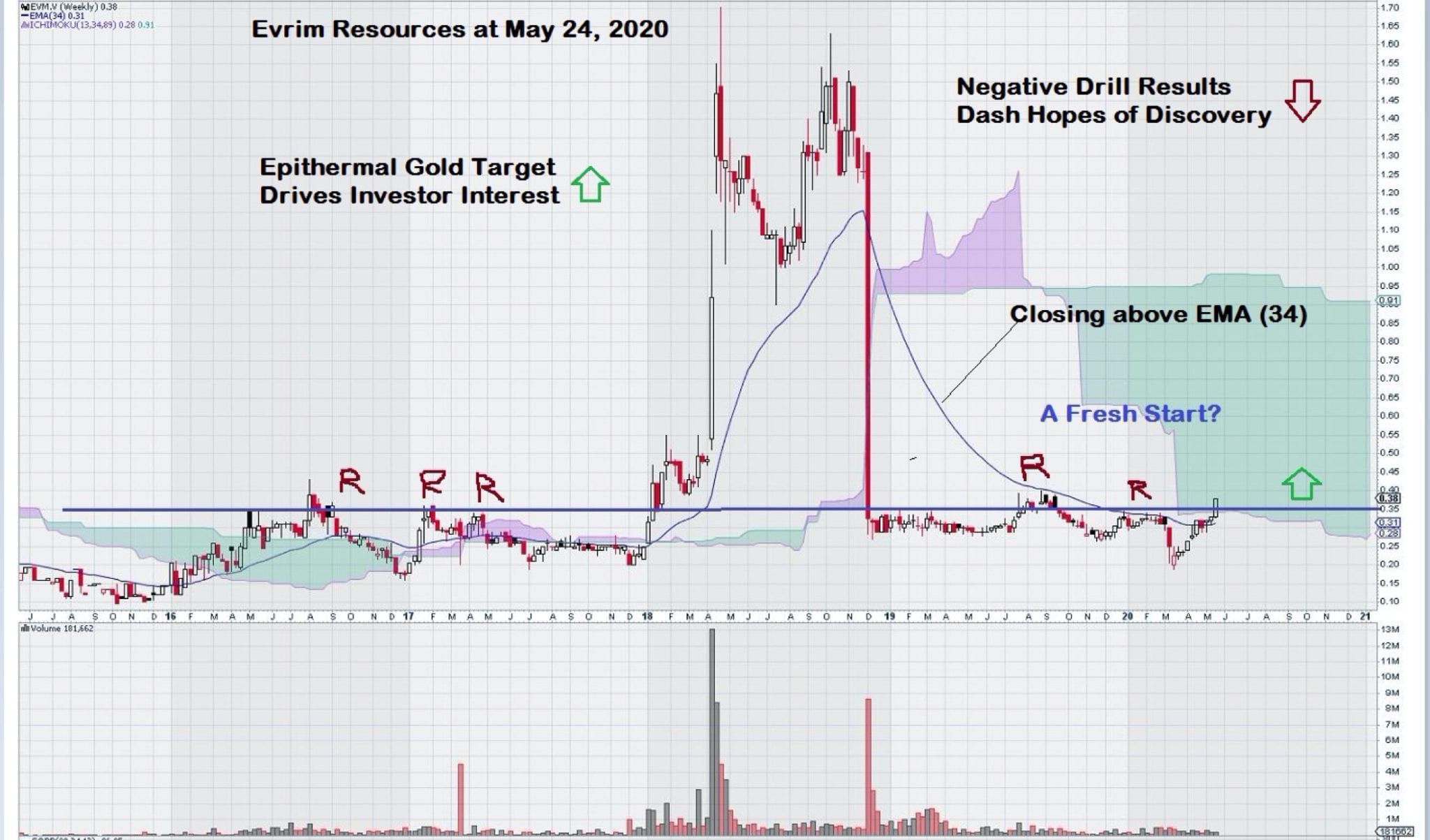 This is the case with Evrim Resources Corp., EVM.V, a prospect generator that has shown it can “bounce back” from a market set-back when a Mexican drill play failed to live up to the high expectations that investors had for an untested epithermal gold target.

Here are the first few paragraphs of a news release dated April 16, 2018 – it reads like Evrim had exposed a tremendous high-grade deposit that lay just below the surface. Evrim conducted extensive surface trenching and exposed high-grade gold over significant intervals.

Drill results released in December, 2018 told a much different story…

“Unfortunately, the gold grades in the first few drill holes were significantly less than that encountered in the trenches at La Gloria.

The drill rig is currently turning near the North Dome, where we have additional targets, and we are continuously evaluating our exploration program as results are received.”

But is this all there is to EVM.V?

Apparently not. Despite the “big miss”, the stock is now recovering as investors start to focus on Evrim’s royalty assets.

Evrim released a resource update for the Emitano Project on April 1, 2020. This is important because Evrim holds a 2% net smelter royalty (NSR) on the project. The property owner is First Majestic Silver Corp., who operates the St. Elena mine, 4 kilometers away.

Regular readers will automatically recognize that the gold/silver mineralization at Emitano could be considered a satellite deposit for the mine operator.

There is great competition for mine royalty companies to aggregate royalties in their respective portfolios. Evrim’s 2% NSR would be a valuable addition to a number of small to mid-sized royalty companies.

The recent recovery in the share price tells us that investors are dismissing the past and focusing on the future.

Disclosure: We do not own shares of EVM. 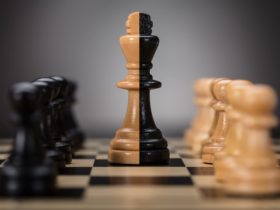 A Golden Opportunity for Patient Investors