Here's how much of the stock market THIS one small group owns and how they're going after everything else.

You’re suffering, while THEY are reaping the rewards.

They will end up owning everything, while you will lose everything.

And it all starts with inflation.

Believe me, you’ll want to read the entirety of this Letter.

We’ve discussed how policymakers are monetizing their reckless spending by proxy of inflation—and in turn, your bills.

We’ve discussed the added costs of inflation as it pertains to housing – that as inflation rises, so do interest rates.

But let’s not forget another important aspect of living expenses: utilities.

Most believe that utilities are a public good controlled by the state, which has their best interest at heart.

But seven out of 10 Americans get their utilities from private, for-profit companies:

Why are there so many private utility companies?

Because utilities are one of the most consistently lucrative industries.

And where there’s big money, there are powerful people who will do everything to claim it.

The Wall Street Utilities Take Over

Over the past few years, bubbly markets have urged Wall Street to find other places to extract profits.

But where do you invest when everything is so overpriced?

According to Bloomberg, private equity funds raised a record trillion dollars over the past two years. And buyout funds alone—which specialize in takeovers—are closing another record trillion this year.

The money was split among multiple sectors and asset classes, but recent acquisitions show that much of it is now finding its way into utility companies.

It’s one of the biggest electricity providers in the southwest and powers over half a million customers across El Paso, Texas, and New Mexico.

There’s also a report that private equity funds are now going after struggling and under-regulated municipal utility companies in droves by offering them a collateralized “helping hand.”

Via Eye on the Ties:

“In one 2020 example, Louisiana-based private equity firm Bernhard Capital Partners approached city council members in Fayetteville, NC and offered to spend hundreds of millions on much needed infrastructure repairs and improvements in exchange for the right to operate the city’s public utilities – water and power – for 30 years. This deal would hand over all revenues from those utilities to BCP for three decades, effectively trading the city a short term capital bump for two key sources of long term revenue.”

The idea is to use collateralized debt to privatize the cash flows of these companies—and, eventually, swallow the businesses entirely.

This is Wall Street’s equivalent to “debt trap diplomacy,” where China effectively uses collateralized debt to bankrupt strategic infrastructure projects across the Third World and gobble up assets for cheap – as we discussed in THIS newsletter.

But Wall Street now wants to own public utilities, too.

This past April, the Federal Energy Regulatory Commission (FERC) honored BlackRock’s (the world’s largest asset manager) request to ramp up its stake in public utilities to 20%.

Vanguard—the second largest—is seeking the deal on the same terms.

And although these utility companies often have undisputed monopolies over their regions, the FERC gave Wall Street a free pass to rule over them with zero accountability whatsoever.

Why such a rush to increase stake in utility companies right now?

It all comes down to control.

I exposed how John Pierpont Morgan and his Wall Street buddies exploited 1907’s banking crisis to bail out the banking industry and create a Wall Street-favored Federal bank.

What I didn’t cover is how Morgan used that power to take over corporate America, too.

See, J.P. Morgan didn’t bail out all banks. A lot of banks didn’t make the “cut” (which, I believe, was his plan all along), and which Piermont later took charge of.

Via The Gotham Center:

​​”Then the takeovers immediately began. J.P. Morgan swooped in and absorbed the Mercantile Trust, and six more trust companies and banks, including the two largest banks that were hit the hardest: The Trust Company of America and Lincoln Trust. Morgan’s Guarantee Trust and Manhattan Trust companies would control them with the Rothschild family US emissary, August Belmont, at the helm of the merger.”

Then he used the proceeds of his predatory bailout loans—charging anything from 25% to 50%—to buy out his competitors across industries and build monopolies around them:

“Morgan called the collateral on the loans he gave to his old adversary, C.W. Morse. He used the collateralized bonds to acquire Morse’s Consolidated Steamship Company, which was his competitor in that sector as well, as Morgan owned the International Mercantile Marine Company — the parent company of the famous Titanic White Star Lines.

Tennessee Coal and Iron’s stock was melting away. It was a direct competitor of Morgan’s US Steel Corporation. So, Morgan used a sinking fund of $30,000,000 of 5% bonds in US Steel to be given in exchange for TC&I stock on the basis points of eighty-four for the bonds in exchange for 100 in the stock. This way, whoever owned TC&I stock, now owned a smaller part of US Steel, and Morgan then owned both companies with US Steel stock even higher than it was before the buyout.”

This has been one of the largest corporate consolidations in American history. It gave Morgan an unthinkable monopoly over entire industries: from mining and transportation to telecom and financial markets.

And because of his role in the Wall Street bailout, Morgan convinced Roosevelt to turn a blind eye to his gambit.

Later in 1914, Roosevelt’s successor passed an antitrust law called the Clayton Antitrust Act, which put an end to Morgan-like acquisitions. This law is the reason:

But while the Clayton Antitrust Act can stop direct takeovers, it has no legislative power over acquisitions made through a middle man…

Have you noticed how almost nobody invests in stocks these days, and almost everyone invests in funds that hold them?

Back in the mid-20th century, most people bought stocks directly. And each stock gave them direct ownership and a little voting power in the company.

But then mutual funds, ETFs, and all sorts of other funds came along.

On the one hand, they simplified investing by allowing you to buy and hold a diversified portfolio with zero effort and knowledge.

But the catch is that these funds have robbed individual investors of direct ownership of stocks and transferred that ownership to asset managers.

It doesn’t matter to individual investors because they don’t own enough equity to impact corporate governance, but they’ve collectively granted that power to a handful of asset managers.

Today the world’s three biggest asset managers, Blackrock, Vanguard, and State Street Global Advisors, manage over $22 trillion in assets. And this pile of assets has grown more than four times since 2008.

That’s an incredible amount of equity and, in turn, voting power.

By the latest Bloomberg estimates, the “Big Three” and those who control ETFs and mutual funds, today own, on average, 21% of every S&P 500 company.

And get this, they are major shareholders in:

If you think this power is theoretical, think again.

But it wasn’t for the “greater good.”

Instead, it was a marketing trick to attract millennial investors.

“The report, titled Opportunism in the Shareholder Voting and Engagement of the ‘Big Three’ Investment Advisors to Index Funds, found the three asset management giants do not always vote to maximise investor portfolios but instead to attract more millennial investors as they jostle for market share of the $24trn great wealth transfer.

Since the unveiling of the ‘Fearless Girl’ statue by State Street in 2017, the report said, the ‘Big Three’ have been in “vigorous competition” to implement a millennial marketing strategy by announcing voting policies around issues such as gender diversity on boards and the environment.”

Is it a coincidence that the growth of “Big Three” assets is consistent with the explosion of buybacks? 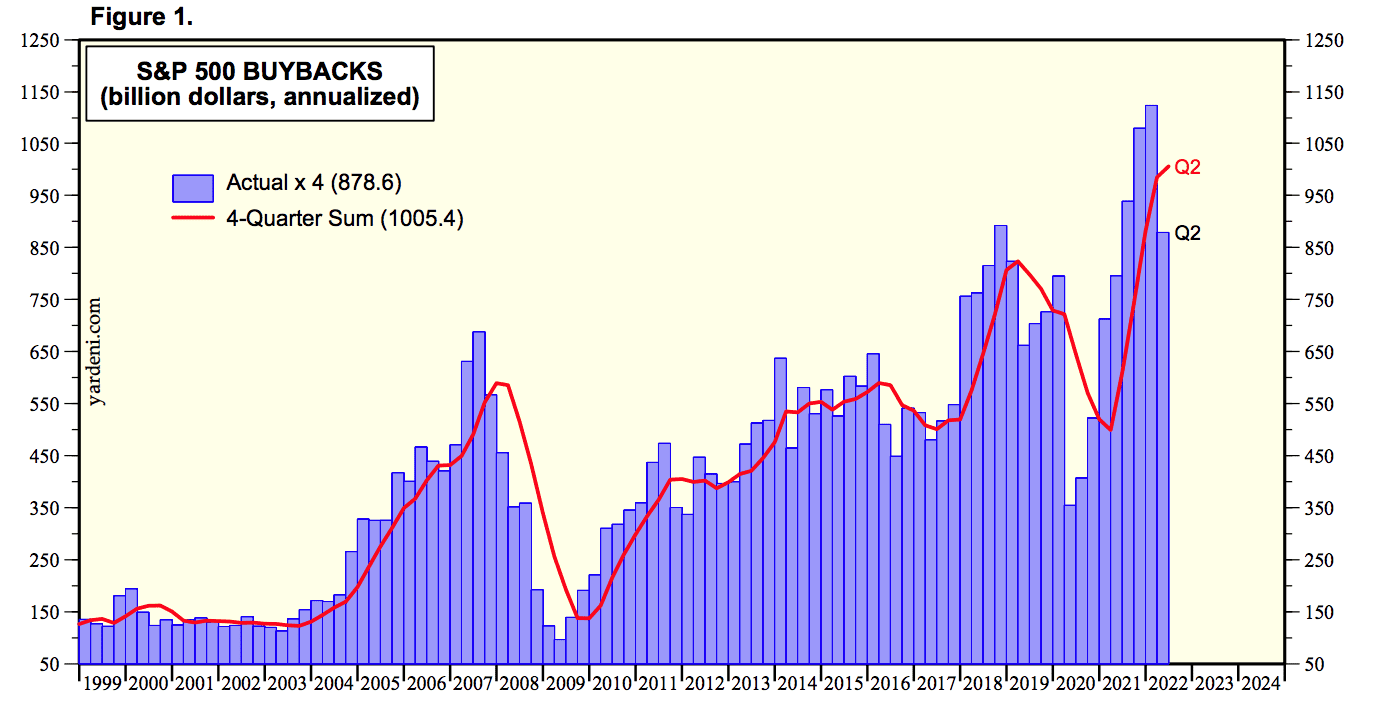 Today, companies spend more money to buy back their shares than on Capex or wage increases combined.

And it’s no wonder why.

As I revealed in “The Biggest Dealer in the World,” buybacks are the elites’ favorite capital distribution scheme. It puts profits directly into the pockets of major shareholders while leaving out everyone else, including:

“Broken Bones” of an Economy

All this brings me back to that FERC decision.

In the context of everything I’ve told you today, think about the importance of giving Wall Street a legislative free pass on not only 20% of corporate America…

A de facto public good that every household in this country depends on for life.

Then allow capitalists to use voting power to maximize their profits at the expense of those families.

This is the dawn of the modern Gilded Age.

And there’s no better way to wrap this up than a quote from Berkshire Hathaway VP Charles Munger:

“We have a new bunch of emperors, and they’re the people who vote the shares in the index funds. Maybe we could make Larry Fink and the people of Vanguard pope.

All of a sudden we’ve had this enormous transfer of voting power to these passive index funds. That is going to change the world. I don’t know what the consequences are going to be, but I predict they will not be good.

I think the world of Larry Fink, but I’m not sure I want him to be my emperor.”

Be conscious of the fact that Wall Street isn’t just a money manager.

With trillions of dollars worth of equity held by a handful of them, it’s a policy-making apparatus.

And they wield this power with no accountability to the people whatsoever.

If you want a taste of what happens when elite capitalists take over a predominantly public amenity, look no further than nursing homes:

“Overdoses, bedsores, broken bones”—not a bad metaphor for where our economy is headed.

In the next letters, we’ll reveal an even grander scheme. Stay tuned because it will change how you invest.

May 2023 be a year of planting prosperous and healthy seeds. 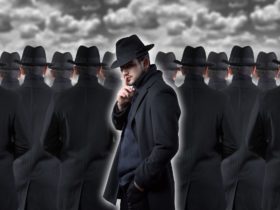 Conspiracy Revealed: The Real Reason Why Gold is Going Higher

Think you know why gold prices are climbing? Think again. Here is the real reason and it's not what you think. A look into gold price manipulation. 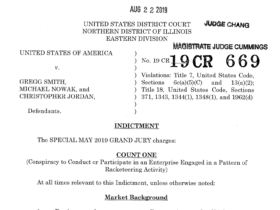