The medical marijuana industry has been the hottest area of investment in Canada – at least in spurts – for the past three years. The market is currently going through another hot streak, fuelled by the expectation of full legalization of recreational marijuana in 2018.

Unfortunately, many if not most investors are not looking at the most important metrics of the companies they are investing in, and even fewer understand how the market will change from today to 2019, when full legalization is in full swing.

For anyone making a long term investment in the Canadian marijuana industry, the single most important metric will almost certainly be the Cost of Goods Sold, or COGS.

Simply put, the market is going to change, and radically, over the next two years. Today Licensed Producers sell directly to the consumer through an online sales portal, and they receive 100 per cent of the purchase price. LPs do not have to pay agencies, distributors, wholesalers, or anyone else. If a company sells a gram of marijuana for $10, and it costs them $6 to produce and sell that gram, there’s still a high enough margin that the company can survive and make quite a decent profit.

However, that’s not likely to be the case in future. If the marijuana industry follows the course of any other agricultural industry, it’s clear that wholesale supply chains will be established, that retail stores will open, and the ‘farmers’ will soon be sharing their profits at every step along the way. As well, you can expect the provincial governments will come along with their caps out for a share of the cannabis cash flow, and if the liquor business is any indication, governments will want a pretty hefty slice.

What that means for cannabis producers is that they will share that $10 a gram sales price among several parties. A wholesaler/distributor might, for example, end up with 20 per cent, the retailer with 30 per cent, and governments with 10 per cent, leaving just $4 for the Licensed Producer.

It sounds harsh, but that pattern is a fact of life for every other agricultural industry in Canada, and there’s no reason to think cannabis will be any different. And like other farmers, marijuana producers will have to get their cost of production, or Cost of Goods Sold, to an amount much lower than $4. Ideally, Licensed Producers should have a COGS of $2 or less to remain prosperous in a wholesaling environment.

Unfortunately, that is not the case today.

The industry is new, and the vast majority of LPs I’ve worked with or around have COGS far higher than $2 a gram. While I can’t give details or names, I’ve been involved with several Licensed Producers across the country, sometimes doing due diligence on behalf of investors.

In three such cases the reported COGS for the Licensed Producers I was dealing with were in the range of $4.65 up to $7 per gram, and even at the current retail prices those companies were actually losing money when you factored in their other operational costs such as administrative salaries, marketing, rent, utilities, and so on. In two of those cases I was told by the company brass that while their COGS were fairly high, they expected their price per gram would actually increase to an average of $13. Obviously this did not happen, and those companies still haven’t made a profit.

As recently as late 2016 the Licensed Producers in Canada were still pushing hard and I think many believed the current status quo would remain, and all Canadians would be forced to buy marijuana directly from the LP’s online stores. That is, of course, complete nonsense. There is no industry in the world that operates in that fashion, and already there are many big players in retail, including pharmacy giant Shoppers Drug Mart, the Federated Co-Op stores, and many others, who are quietly positioning themselves for the retail market.

Governments will also go along with it, because the simple truth is that both consumers and voters want the industry to go brick-and-mortar retail. Even in the current medical marijuana market, the illegal dispensaries in Vancouver alone sell more cannabis than all the Licensed Producers in Canada put together, and the reason is very simple. People want to go to their choice of store, compare the products, talk to a real person, and be able to walk out of the store with their purchase.

Sure, online will still form part of the market, and there will be weed versions of Amazon, but retail in my opinion will form the backbone of this industry, just as it does for apples, and corn, and wine, and beer, and just about anything else you can think of.

Of the 12 Licensed Producers now listed on a public exchange, Aphria appears to really get this coming change more than any of the others. Their latest financial statement talks about little else than their ability to produce cannabis at a lower cost per gram than their competitors. In its latest year-end financial statement, the company announced it was responding to the coming legalization of recreational marijuana “… through a two-pronged growth strategy, including both retail sales and wholesale channels.”

At that time the company was reporting an “all-in” Cost of Goods Sold per gram of $2.08 for Q4 in 2016, down from $2.22 in the previous quarter. That’s about where the COGS has to be for wholesale, but a small proviso here. Because Licensed Producers are agricultural companies they use IFRS as their accounting standard rather than GAAP, which means COGS is equal to the Cost of Sales less the non-cash increase in the Fair Value of biological assets.

In other words, LPs get a boost to their reported costs because of all the weed they have stored in their vaults.

Still, Aphria’s focus on driving down its production costs (a six per cent decrease in a single quarter) is the kind of metric all investors should be looking for in a marijuana industry play. Right now, thanks to that low COGS and not having to share their revenue, Aphria is reporting higher than 75 per cent margins, but things are going to change when the industry goes to a full distribution network. The upside is the LPs will sell much more product, likely about $10 billion a year, but the downside is that their sales price and margins will fall.

Figuring out which LPs have the lowest COGS is one of the key metrics you need to know to make a good bet even better. 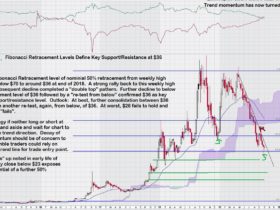 Here's a look at the top marijuana stock charts for the week of October 7, 2019 featuring Canopy Growth, Aurora Cannabis, Cronos Group, and Aphria. 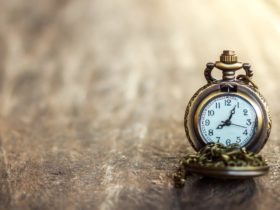