As Told by a Former Crime and Investigative Reporter

I can trace my support of marijuana legalization back to a single day in the 1990s. I was doing surveillance on a relatively new gang that set up shop in several towns and cities along the BC coast, including Vancouver, Surrey, Victoria, Nanaimo and Campbell River.

I’m not going to mention the gang’s name because they were never prosecuted for the crime I’m about to describe, although they were all arrested for drug trafficking, conspiracy, and a few for attempted murder.

The gang was unique in my experience. They bought out entire townhouse complexes from which they operated several different illegal businesses. Some units were dedicated to selling drugs, some to warehousing drugs, some to holding stolen property, some to prostitution, and others to running a complicated welfare scam.

The system made it very hard for the police to get a warrant; they’d raid one unit known for drug trafficking and find nothing, not knowing all the drugs were in the unit next door.

On this particular day I had the newspaper’s 500 mm camera lens and was peering through it at a townhouse in Campbell River, trying to figure out how the gang was operating. By identifying the addicts buying drugs, I could later track down the addicts to get information on how the gang operated, and who was doing what.

I’d been there for a couple of hours when a large 4X4 pickup truck roared into the parking lot and screeched to a halt. Two huge men jumped out, both holding axe handles in a way that was obvious they intended to use them, and not for chopping wood.

One of them ran at the front door of a townhouse unit, using his shoulder as a battering ram, and the door flew open. They both ran outside, and I could hear shouting, crashing and screaming from inside the unit. Just seconds later the two men came out, one of them holding a thrashing teenaged girl. They jumped in the truck, reversed quickly, and then roared away down one of the town’s few major thoroughfares.

The two were a father and son, and the girl was their daughter/sister; a 14-year-old who had been lured into the gang, and as we found out later, was being coerced into the gang’s child prostitution ring. The father and son decided to take matters into their own hands when the police said they couldn’t do anything, and it all ended with a short-lived duel between the pair with axe handles and the gang members with machetes, their favoured weapon of choice.

Starting that day I began investigating this new wrinkle in my gang expose, and what I found was horrifying. The gang’s headquarters in BC were generally located near schools and generally in less affluent parts of town. In the case of the Campbell River operation, it was located between an elementary school and a middle school. I’d already seen lots of kids coming over to buy drugs; what I didn’t know was that some of those kids were lured into the gang’s activities.

Some sold drugs for the gang, but others were given gifts of jewellery and clothing, taken out for lavish dinners and parties, and given a never ending flow of drugs that started with marijuana but graduated quickly up to cocaine and heroin. Before long the (mostly) girls were told they had to pay up their debt, and things got ugly from there.

I learned the girls were recruited locally, but sent to other cities to work. Most went to Greater Vancouver, but there were discreet brothels hidden throughout the Island as well, usually on remote and very private properties.

Over time, we gathered enough evidence that the Coordinated Law Enforcement Unit stepped in and busted the entire operation.

At the time all this happened I had just had my second daughter, and I was horrified by what I was seeing and what I heard from the young victims.

I couldn’t help picturing what could happen when my kids were older and maybe they became interested in experimenting with cannabis. Could they be dragged into the same nightmare? Would I be the guy kicking in someone’s door with a couple of friends and an axe handle in my hands?

It became very clear to me then that Canada’s marijuana laws were having a devastating impact on our youth and on our society as a whole, and for a simple reason: If you’re a kid who wants to buy marijuana when it’s illegal, by definition you must buy it from a criminal. As I learned throughout my 25-year career in news, a lot of drug dealers are not necessarily the nicest people in the world.

I tell this story because I think Canadians and Americans need to understand that legalization is not just about companies earning revenue from the sale of cannabis. It’s not just about creating new jobs or generating more taxes. Legalization is also about, and perhaps primarily about, reducing the harm done by our prohibition of the drug.

Marijuana was NEVER a gateway drug. In reality, our prohibition of marijuana was the gateway, because it introduced our kids to people who deal harder drugs. Ironically, the more we tried to control marijuana through the War on Drugs, the less control we had, and the more control and influence we gave to the drug gangs.

Legalization is about taking control of marijuana away from criminals, and placing control into the hands of elected officials and legitimate businesses.

Not surprisingly, at least to me, events in Colorado since legalization have borne out my expectation that legalization would have a beneficial effect overall, and not a negative impact.

While opponents claimed legalization would unleash ‘reefer madness’ on the streets, the results were somewhat different, including:

As well, the state earned $115 million in new taxes in 2015, and in the first year and a half of legalization more than 16,000 new jobs were created, decreasing reliance on social services.

None of this is to say that legalization does not cause some problems; just that on balance the benefits greatly outweigh the costs.

In terms of economics the Canadian marijuana industry is expected to generate thousands of jobs, up to $10 billion in direct revenue, and more than a billion dollars annually in federal and provincial taxes.

But, as the guy who’s had to stand over the bodies of the dead in our failed war on drugs, the true benefits will be in the lives that are saved, the kids who aren’t exposed to drug gangs, and a country that can stop wasting money and resources on prosecuting people for marijuana offences, when we could use those resources to deal with real issues.

Gary Symons is a former crime and investigative reporter who wrote for Thomson News, Canadian Press and the Vancouver Sun. He was a reporter, editor and videographer for CBC News and worked with CBC’s acclaimed Investigative Unit. In between being shot at, punched in the nose, and chased by angry men with machetes, Mr. Symons won dozens of awards in Canada and internationally for his journalism. Gary also founded and ran a software development company, and later worked as a consultant helping startup companies with financing, restructuring, and creating plans to grow their business. He has worked with four different medical marijuana companies in Canada since 2014, and has raised millions of dollars for various startup companies. 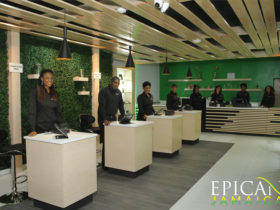