This is the biggest threat to the Western world. And it's already in the hands of billions - including your kids.

I’m about to expose the biggest stealth propaganda operation in history.

It’s so invasive that it has already incited deadly coups in three countries.

And it’s all being led by the new powerhouse: China.

If you think Americans aren’t at risk, consider this: The Chinese already hooked 80 million kids in the U.S. without them or their parents realizing it.

Read this carefully—because the biggest threat to our national security isn’t nukes or a third world war.

It’s an algorithm on your teen’s phone.

A Fun Teen App, They Say…

By now, you’ve undoubtedly heard of TikTok – the Chinese social network where people create and share short mobile videos in which they dance, lip-sync, sing, or otherwise have fun.

It started as a humble dancing app in 2014. But as it gained popularity globally, the app was bought out by CCP-controlled Chinese tech giant ByteDance, fed into its classified A.I. engine, and reintroduced to the global market.

Over a billion people use it every month—that’s one-quarter of all adults outside of China.

But it’s not just the audience size that’s crazy. It’s how addictive it is.

TikTok is so engaging that nine out of 10 users visit the social network daily. And on average, they spend around 5-7% of their all waking time on this app.

If those numbers don’t say anything to you, let’s just say that this Chinese social media beats all addictiveness records that Facebook, Instagram, or any other Western social network has ever achieved.

It doesn’t let users choose what they want to see, for the most part.

Instead, its secret algorithm serves you an infinite reel of videos tailored to your likings based on all the data they acquire (more on that later).

But under the guise of this convenient programming lies the world’s biggest stealth propaganda operation.

Let’s begin with all the data they collect.

After poring over its Terms & Conditions, last month Joe Rogan touched on just how much data TikTok collects about its users. Here’s an excerpt I strongly advise you watch (and share):

In short, as soon as you download the app, ByteDance—and by extension, the CCP—can see your location (at hourly intervals), contacts, all apps, files, and active subscriptions.

And here’s the most terrifying part: TikTok has 100% visibility into your clipboard. It can monitor and store your keystrokes, including passwords you type out on the phone.

Where is all that data going?

You’ve guessed it. Despite constantly denying it, ByteDance is sending all that data back to China.

“The firm’s analysis said the iOS version “had a server connection to mainland China.” It did this by studying data flows… “The I.P. address resolving to locations records in China regularly changed, however, connectivity to Guizhou was visible across a number different I.P. addresses. This was confirmed through the use of a number of security products and methods, including virus total, Metasploit, security trails and sandboxing.”

But the thing is, the data itself is the least of our worries.

Facebook, Instagram, and many other social networks collect vast amounts of private data, too. The real threat is how the CCP can feed that data into its algorithm to push its propaganda at scale.

Last month, Bloomberg received an anonymous tip from someone on the U.S. TikTok team.

The scoop leaked a private request from a Chinese government agency made back in 2020 to open a “stealth” account on American TikTok to showcase “the best side of China”:

“A Chinese government entity responsible for public relations attempted to open a stealth account on TikTok targeting Western audiences with propaganda, according to internal messages seen by Bloomberg.

In an April 2020 message addressed to Elizabeth Kanter, TikTok’s head of government relations for the UK, Ireland, Netherlands, and Israel, a colleague flagged a “Chinese government entity that’s interested in joining TikTok but would not want to be openly seen as a government account as the main purpose is for promoting content that showcase the best side of China (some sort of propaganda).”

For obvious reasons, the request was flagged and denied by the government relations team.

So, the CCP came up with a workaround.

Instead of pushing its content onto the existing algorithm, they decided to tilt the algorithm itself by introducing a new algo regulation and forcing ByteDance to comply with it.

At the end of last year, CCP introduced a law that specifically regulates “recommendation algorithms” just like the one that drives TikTok:

In effect, the regulation calls on Chinese internet companies to unveil their classified algorithms to the government and adjust them as they please to comply with “mainstream values.”

“Under the new regulations, algorithm operators will have to update their technology to comply with new technical requirements, from auditing keywords to enabling users access to and control over their personal data profiles. In addition, operators will have to adjust the direction of their recommendation algorithms in order to adhere to ‘mainstream values’ and are prohibited from using algorithms for a range of illicit behavior, such as implementing anti-competitive practices and engaging in price discrimination.”

It’s no wonder there are multitudes of complaints about massive bot activity on TikTok: 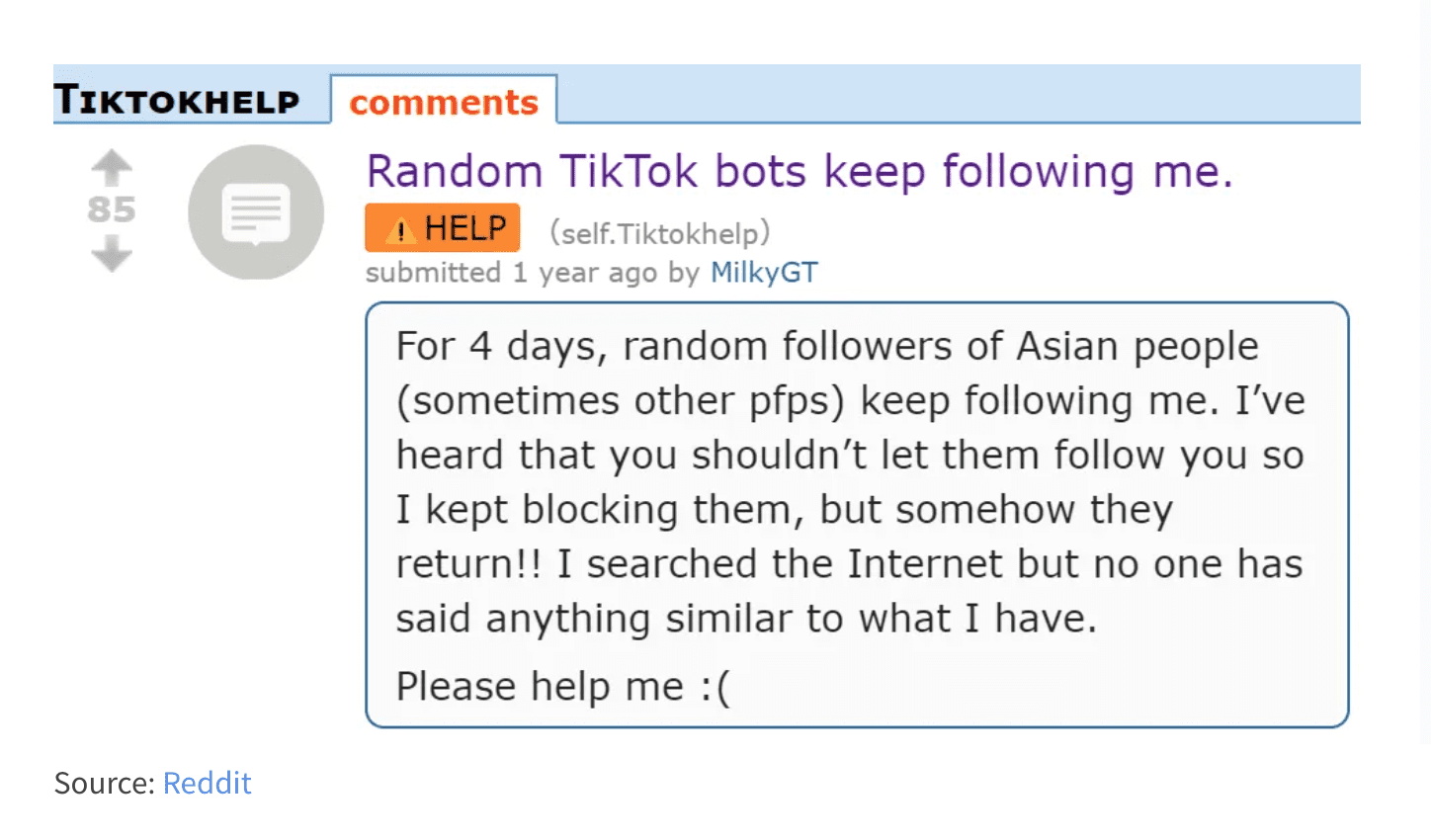 So, not only can the CCP feed whatever it pleases to people across the world, it can rally its army of bots to engage with its content to shape public opinion in its favor – very much like Twitter has been used for spreading Chinese propaganda and spreading COVID news.

It was a British data science company that exploited personal data to carry out surgically-targeted political ads. They had so much insight into people’s minds that their campaigns beat all the odds with:

But what China possesses today is even more dangerous than Cambridge Analytica. Because they don’t just have the data of a billion people, they also control the media they consume.

That’s immense power. To get a taste of how much you can do with it, consider the unrest in Southeast Asia that TikTok’s algorithm unintentionally incited over a couple of years.

TikTok had a hand in protests on our soil, too.

For example, the social network has been one of the main hubs of political dissent during the Black Lives Matter movement. In the heat of it, the #blacklivesmatter hashtag generated a crazy 4.9 billion views on TikTok.

What could China gain from inciting racism, violence, and divisiveness in the U.S.? You can figure that one out.

Now imagine what the CCP can do now that it controls the algorithm.

We already see the early, subtle forms of its nationwide conditioning.

For example, TikTok serves different content in China than in the U.S.

But it’s not just about the language and cultural customs. The content is of a whole different nature and serves opposite purposes.

In other words, China is pursuing the systematic polarization and dumbing down of American culture.

When you connect all these dots, it doesn’t take a genius to figure out TikTok’s mega-success wasn’t a coincidence. It was a well-planned Chinese propaganda campaign.

The question is how this communist Trojan Horse fell under the radar of our lawmakers.

Our lawmakers were well aware of it, but ByteDance quietly silenced them.

Back in 2020, Trump warned about TikTok. And before leaving office, he invoked a 45-day grace period for ByteDance to sell and spin it off to a U.S. company – otherwise, the social network would be banned.

Later, ByteDance filed an injunction with a district court, which was approved. Then Trump gave up office to Biden, who immediately signed an executive order to revoke the ban.

And now we know why.

It turns out ByteDance has spent millions of dollars on lobbyists who swayed Capitol Hill. Yet, it all happened off-the-record because the Chinese masked this lobbying using a loophole.

Via The Washington Beacon:

“Lobbyists for foreign entities must register under the Foreign Agents Registration Act (FARA) and disclose detailed information about their influence-peddling operations. Huawei, a telecommunications company facing multiple indictments, has spent more than $8 million to hire more than 20 lobbyists to work the Hill in the last decade; none of these lobbyists have registered as foreign agents connected to Huawei. Tiktok’s parent, Bytedance, has also never filed FARA disclosures concerning its multimillion-dollar attempt to influence the federal government.”

And here we are two years later, TikTok is on every teenager’s phone, successfully conditioning the future voters of our country.

First, they weaponized the Third World.

As I wrote in “How to Buy a Country: China’s “Weaponization” of the Third World,” China has been using “debt trap” diplomacy to build disguised military bases all over Eurasia and Africa.

And now they are taking over the algorithm that controls most of the information our younger generations are fed every day.

Before long, they’ll polarize our society to the point that we’ll slit each other’s throats ourselves.

And considering the current political climate, it probably won’t take that much of a nudge. 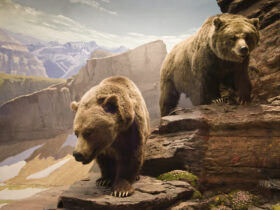 This just crippled China overnight and could cause its leader to strike back - Here's what we know.