Wow! For all of those that have followed or invested in this stock since day one, this is a HUGE update.

…better than one of the best smartphone telephoto lenses!

And even better than first imagined.

While the Company won’t say which company that its comparing its lens to, one can easily assume that its either Apple’s iPhone X or Samsung’s latest phone.

Full news story below. This could change the way we take pictures!

For all those who haven’t read the full story on this Company’s ground-breaking, physics-defying, and novel lens technologies, you can do so by CLICKING HERE.

CLICK HERE for the Full Story on the this amazing tech.

The tests were conducted on NexOptic’s demonstrator Lens and, for comparative purposes, the telephoto lens assembly used in one of the current, industry-leading smartphones.

Based on these tests, NexOptic’s optical engineers have interpreted the data for its demonstrator Lens assembly to have an overall angular resolution of greater than 35% relative to the comparative lens.

Tests on NexOptic’s Lens assembly and that of a lens assembly of an industry leader in smartphone telephoto lens design were performed without the use of sensors or processing chips/software. These bare lens tests were deemed to be the most appropriate means of accurately comparing the two assemblies.

“I am very happy with the results that we have achieved with our first mobile lens assembly, and believe that the test results further confirm  the disruptive potential of our technology in some of the world’s most beloved products.” Mr. Daugela continued: “I believe we can further improve the performance of our lens assembly with engineering. Additionally, when we incorporate our larger aperture with image processing techniques and sensors, our design could lead to unprecedented telephoto capabilities for smartphones and many other consumer imaging products.”

The Company feels the performance of its Lens may improve beyond the significant results it has already achieved. Nonetheless, additional engineering and advanced prototypes will be required before NexOptic can determine the full economic viability and market impact of its telephoto smartphone lens design.

The following evaluation metrics were interpreted by NexOptic as follows:

Resolution (MTF) — Angular resolution, measured by MTF (Modulation Transfer Function), is the ability of an optical system to distinguish objects that are closely grouped together into individual images. This is a key metric to quantify how well the optical system can resolve fine detail. According to NexOptic’s optical engineers, the Blade Optics™ mobile Lens provides more than 35% better angular resolution when compared to the top-rated telephoto lens system.  (exceeding our previously estimated 25% from our May 23, 2018 press release).

More than 35% better than the top-rated telephoto lens system!

(Our note: When it comes to hardware lenses – that’s an insane percentage!)

Distortion (Grid) — Distortion is a measure of the warping of an image. Generally, the lower the percentage, the lower the distortion and the better the lens. Both lens studies tested performed well below the acceptable distortion limits required in modern day consumer imaging devices.

Optikos provides optically-based product design and development, standard and custom metrology products, and IQ Lab™ testing services to a range of commercial, government, and consumer products organizations worldwide. Optikos Corporation’s manufacturing system is certified by Intertek as conforming to the requirements of ISO 9001:2015.

NexOptic is a creative optical development company which aims to enhance the way we view the world around us. Currently focused on engineering its first consumer product for the growing outdoor recreation market, as well as a demonstration prototype for the mobile device space, NexOptic is aggressively pursuing a multi-pronged optical innovation strategy. Utilizing Blade Optics™, the Company’s developing suite of innovative optical technologies, NexOptic aims to increase aperture sizes within given depth constraints of various imaging applications. Increasing the aperture size enables a lens system to have an improved diffraction limit, thus providing the potential for increased resolution capabilities.

Blade Optics™ refers to NexOptic’s lens designs, algorithms and mechanics which vary from patented, patent-pending and includes all of the Company’s intellectual property and know-how.

NexOptic trades on the OTCQX under the symbol “NXOPF,” on the TSX Venture as “NXO,” on Frankfurt as “E3O1” and Berlin as “E3O1.” More information is available at www.nexoptic.com.

Disclosure: We own shares in NexOptic and the Company is an advertiser. 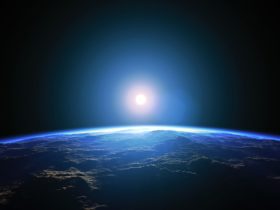