We’ve Got The Power: China’s Control of Renewable Energy

History tells us the greatest investments are made by those who accurately foretell the future, and invest in that vision.

Today, the future is all around me.

I sit in my armchair typing out this story on my MacBook Air, powered by a Lithium-Ion battery.

My seat is reclined and my feet are up because my robotic vacuum cleaner is zooming around the living room, sucking up dust bunnies, fueled by Li-On batteries.

I’m slightly miffed as I write because a business associate has been bragging about his BMW i8 sports car, powered by … you guessed it … Lithium Ion batteries, while I drive an old-school car with an internal combustion engine.

A new future is dawning in the energy business; a good time for savvy investors to jump on the Lithium-Ion powered gravy train.

But, is Lithium the only play in the renewable energy industry this year?

Not at all. And as you’ll see here, China is moving strategically to corner this soaring market over the next few years.

THE EVOLUTION OF ENERGY

Everyone knows the sorry saga of oil prices and how stocks fell off a cliff after the Saudis decided to start flooding the market with cheap crude … but think about the reason the Saudis made that decision.

It wasn’t just a move to undercut the production of shale oil reserves in the US or the oil sands in Canada. It was also a prudent move to keep market share, and sell off as much oil as possible before alternate energy sources started taking over the market.

And despite the crash in oil prices, that shift from oil to renewable energy is happening at an ever increasing rate.

Most of that shift is also dependent on Li-On batteries, which store the energy generated from solar, wind power, hydro, or whatever.

Goldman Sachs has called lithium ‘the new gasoline.’ Deutsche Bank has predicted the demand for lithium will triple by 2025, but we think that projection falls far short.

The US electric car company claims it will build enough batteries to power 500,000 electric cars per year, and despite the hype, Tesla isn’t even the biggest player in the market!

We covered the topic of How to Invest in Lithium in a previous story on Equedia. You can review that story by Clicking Here.

But if you dig deeper some other opportunities arise. For example, beyond lithium there are also great investment opportunities in the mining of rare metals used (among other things) to power that Roomba running around my living room.

RARE METALS: THE NEXT ‘ENERGY’ SHORTAGE?

The rare metals Terbium, yttrium, dysprosium, europium and neodymium are used in a variety of electronic gadgets, such as smartphones, tablets, laptops, televisions and video game consoles.

But, they are also used to construct the magnets that power the motor in my Roomba that even now is being attacked by my cat, and the engine in my colleague’s BMW.

As we move away from oil, gas and coal, the demand for these rare metals is increasing at an exponential rate. These minerals are used in every electric car engine and rechargeable batter, in the tallest wind turbines and the tiniest computer chips. They are critical in the shift to Green Energy.

And yet, few countries other than China are actively mining for rare metals, and it now controls more than 90 per cent of the world’s reserves.

And China has been exercising that power.

Back in 2010 China radically lowered its exports of rare earth elements, and since the country at that time controlled 95 per cent of the world’s supply, prices of these 17 core minerals skyrocketed.

The United States successfully squashed that move by getting the World Trade Organization to declare the export quotas illegal.

With the immediate crisis ended, governments went back to sleep, and seven years later China still has control over almost all the rare earth metal production in the world.

It has been quietly using that control to help power its economy. Rather than institute quotas, China imposed taxes of 15 to 25 per cent on rare metals that were destined for export, so Chinese manufacturers always have an advantage when producing the gadgets the rest of the world loves.

All of its rare earth mining and processing operations were gathered under six companies, and one private company, American Elements, was forced to sell its operations to a government-owned conglomerate.

However, when the export quotas were overturned, the soaring prices for rare metals fell like a stone. That drop in prices was also accelerated as manufacturers, afraid of another supply shortage, began adopting less efficient but more widely available technologies into their products.

General Electric, for example, shifted away from motors that required rare earths for there wind power generators.

The surge in supply and reduction in demand after the WTO ruling in 2014 actually created a glut of rare metals, and crashed prices.

The US rare metal mining company Molycorp had its share prices trashed during this supply glut. Stock prices plunged from a high of $79 to 72 cents before the company filed for bankruptcy protection.

Investors worldwide have turned their attention away from these minerals due to the oversupply from China.

However, observers and experts in the rare metal mining space are now predicting a coming boom in rare metals.

The main reason is the coming shift in energy from fossil fuels to renewable.

Forbes Magazine, the New York Times, and energy publications like Energy and Capital or are all predicting a coming shortage in rare metals, and radically increased prices through several boom and bust cycles over the coming decades.

As we reported earlier this year, Tesla’s projections are just the tip of the renewable energy iceberg:

The surge in Lithium prices, stock prices and production is being driven by the fact demand has outstripped supply.

But, Lithium is a far more common mineral than the rare earth metals used in car engines … and this is why savvy investors should be watching the rare metals market very carefully. It’s always better to buy low and sell high, and the consensus of rare metal experts right now is that this market is artificially low.

As the world shifts to full renewable energy for cars, buses, wind farms, solar farms, and every conceivable gadget you can think of, demand can be expected to outstrip supply, and smart investors can profit by getting in before the next rare metals boom. 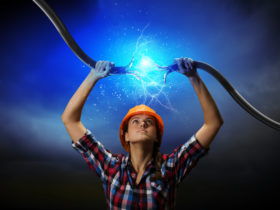 The Most Undervalued Energy Stock?

Find out why this STOCK should be on your radar. It has millions of dollars and is sitting on one of the biggest projects of its kind - in the world! 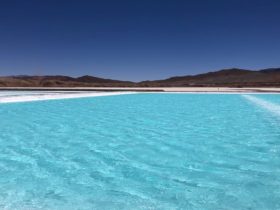 Opportunity is now manifesting itself as a result of COVID-19. Today’s report is an opportunity in one of the largest and most advanced undeveloped lithium projects in the world. 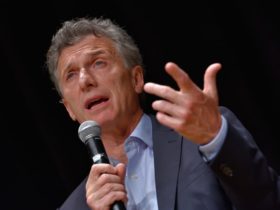 The Southern Giant Awakes: The Quick Rise of Argentina

How the rapid change of politics in Argentina has shifted into a quick and rapid expansion of business policies across the country. Here's a look at how Argentina is fast becoming a hotbed for international investment and why. 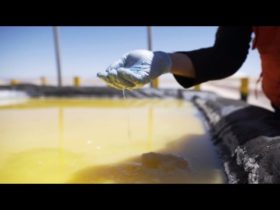 Here’s Where the Juice That Powers Batteries Comes From