Here's the simple truth on COVID-19 and what it means for the stock market. We make a bold prediction on how to invest through the coronavirus pandemic.

Politicians, athletes, and even movie stars have caught the deadly coronavirus strain known as COVID-19.

Yet, none of them are, well, dead.

In fact, most of them are doing just fine.

While COVID-19 is being made out to be a deadly disease killing millions, it’s nowhere near that – not by a very long shot.

Take a look at this graph from the World Health Organization: 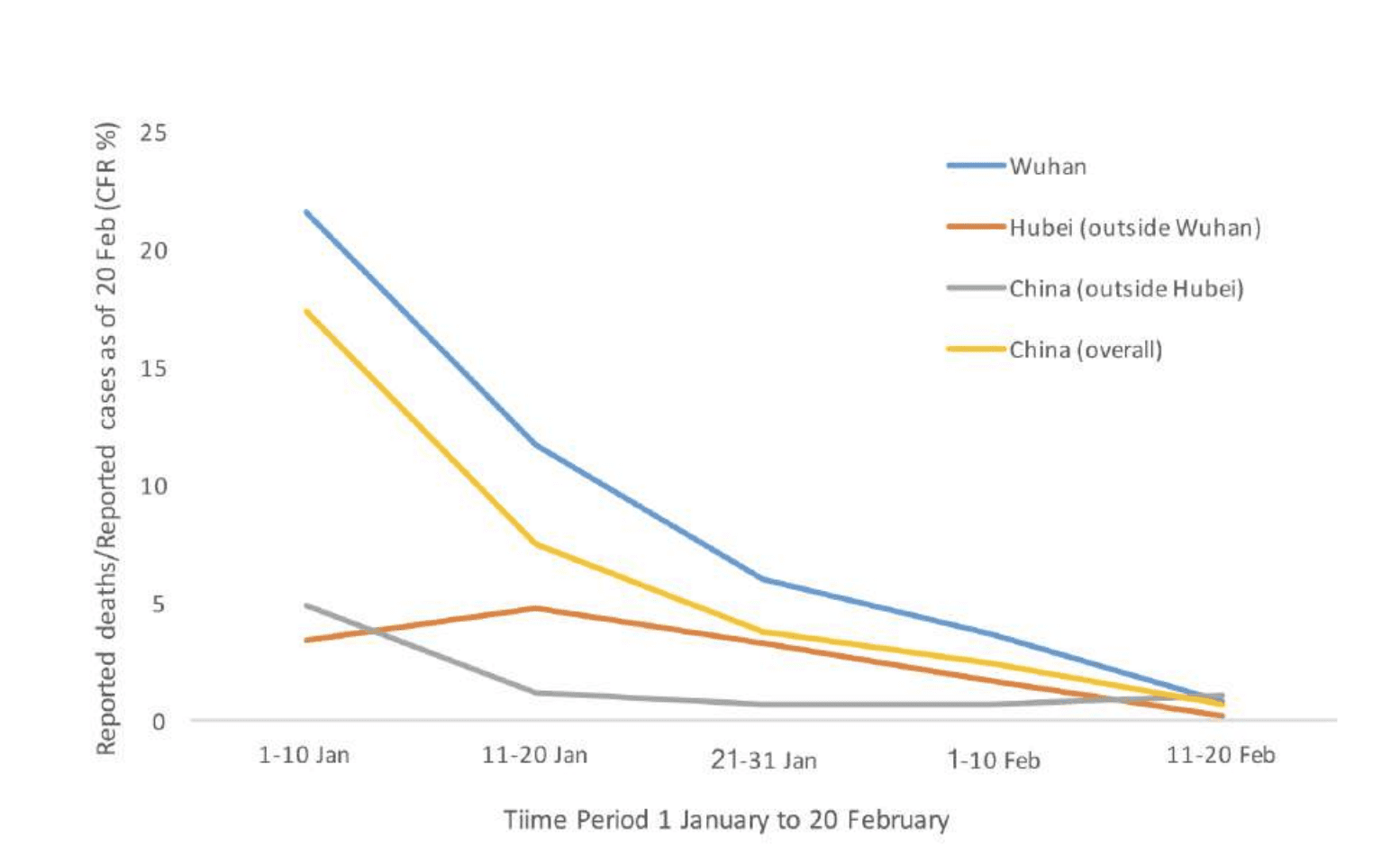 This graph shows the dramatic decline of deaths in reported cases of COVID-19 in China.

In just a month’s time, the overall CFR rate dropped from a whopping 17.3% for cases with symptom onset to only 0.7%.

And while that number is still higher than the seasonal flu – which sits at a CFR rate of 0.1% – one could argue the CFR rate for COVID-19 could be much lower once more tests are available; even more so now that we know what it is.

Furthermore, in just a few months’ time, the weather is going to get warmer.

Why is that important?

You see, COVID-19 is a disease caused by the virus SARS-CoV-2.

“SARS-CoV-2 belongs to the betaCoVs category. It has round or elliptic and often pleomorphic form, and a diameter of approximately 60–140 nm.

Like other CoVs, it is sensitive to ultraviolet rays and heat.

Furthermore, these viruses can be effectively inactivated by lipid solvents including ether (75%), ethanol, chlorine-containing disinfectant, peroxyacetic acid and chloroform except for chlorhexidine.”

In other words, the virus responsible for COVID-19 is wrapped in an envelope of fat. In warmer climates, the heat gets rid of the fat layers of the virus much faster. Without that fat, the virus can’t survive.

Ever wonder why Thailand, whose total tourist footfall is 30% from China, only has 82 confirmed cases of COVID-19 thus far?

Now, don’t get me wrong. We should be worried; it is a new virus, after all.

But I need you to understand what COVID-19 is so that you can understand my investment prediction towards the end.

Before I do that, let’s take a look at the markets from John Top’s more logical perspective.

John’s insight below takes out all of the noise from the media by using charts to explain where we are today.

Dow Jones Weekly Chart From 2008: Full of Worry or Hope?

The last time markets got shaken this badly was in 2008.

Let’s use that as a starting point and see what a weekly chart for the Dow looks like using two different methods – from that, we can gauge the key level for the Dow Jones Index.

First, we will see what insights we can derive from a very standard way of looking at charts; Fibonacci Retracements. Second, we’ll have a look for any chart patterns that may catch our eye. 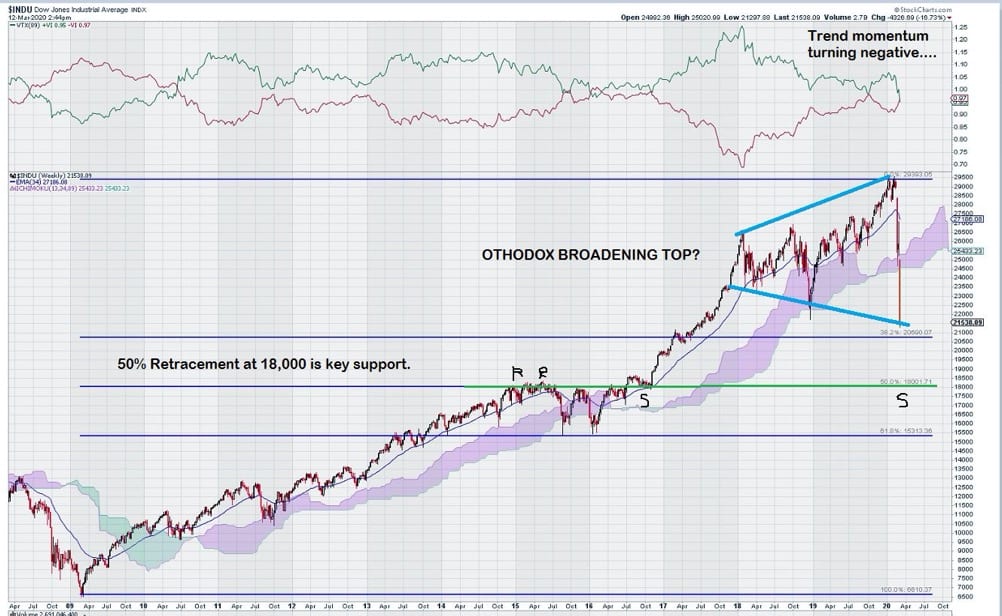 Fibonacci Retracements are commonly used by technical analysts to find areas of anticipated support once a new high has been established. For our purposes, this “new high” was around 29,500 for the Dow weekly chart. We also are defining our “low” at the low reached in 2008, the last time markets saw significant dislocation.

So what does this analysis tell us?

Well, one of the obviously overlooked features of the weekly chart for the Dow is the absence of any meaningful retracements since the 2008-low of just under 7000. In many ways, it is remarkable that the stock market was a “one-way bet” for so long.

But now, more than a full decade later, at least according to this chart, we are getting a “meaningful retracement.” That, in and of itself, is not shocking or unexpected. Why investors are undergoing such angst and worry is simply a function of the time it took for a correction to occur.

The Case for Hope

Regular readers of this site may have been informed in the past of what happened to gold during the mid-1970s. A quick review of the long term chart for gold shows a 50% decline from $200 back down to $100 before the impressive upward move to around $850.

So you see, while painful at the time, a 50% retracement does not mean that a chart will “fail.” 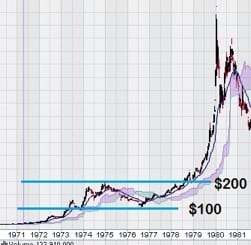 The Case for Worry

The words “Orthodox Broadening Top” don’t sound that ominous or threatening. After all, markets make “tops” all the time.

So what is the big deal?

Well actually, orthodox broadening tops are a really big deal because they don’t form very often, and when they do, they can be “trend ending.”

In the chart above, we can see the Dow weekly chart changing its previous decade long pattern as it starts to make higher highs AND higher lows; this is important to take note of because this is the pattern of an orthodox broadening top. I will leave it to the reader if they want to absorb more “worry” or even fear by learning more about this particular formation on their own.

Our focus is on the close this Friday, and subsequent “Friday closes” as the closing price on Friday is what counts on weekly charts. We are keenly aware that an orthodox broadening top may be forming, and this is something to keep a close eye on.

Additionally, should markets continue to decline further, the 50% retracement level at 18,000 is a key level. Declines of more than 3% below this level would be a concern.

A strong case can be made that the 18,000 level has embedded support that it “earned” by taking two years to penetrate it, so there is sound technical evidence that this level can repel the current decline.

Conclusion: A Bold Prediction on How to Invest

The virus, even if proven no more deadly than the flu, has shown us just how fragile our interconnected global economy really is.

Which is why I could tell you about the reports that claim this virus was created and used by the US military – as some Chinese officials believe.

The two biggest threats to the US are China (from an economic standpoint) and Iran (from a military standpoint).

These two countries have been hit the hardest.

China’s economy will require a significant bailout to survive, and Iran’s nuclear ambitions have likely been put on ice.

I could also tell you that COVID-19 was created based off a science fiction novel written by Dean Koontz in 1981 titled, “The Eyes of Darkness.” Just go to page 333: 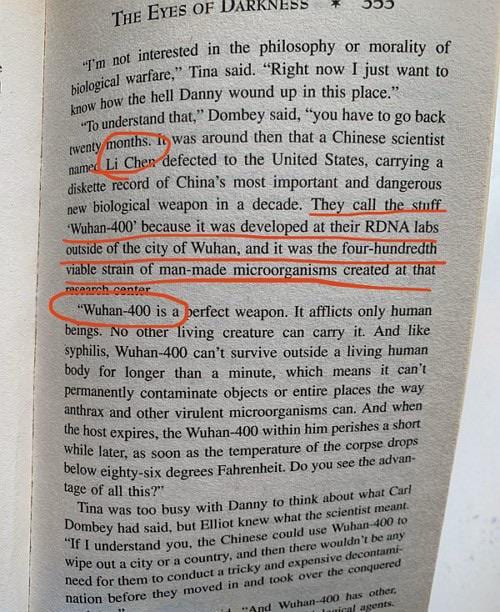 I could even tell you a psychic named Silvia Browne predicted this back in 2008 in her book, End of Days: 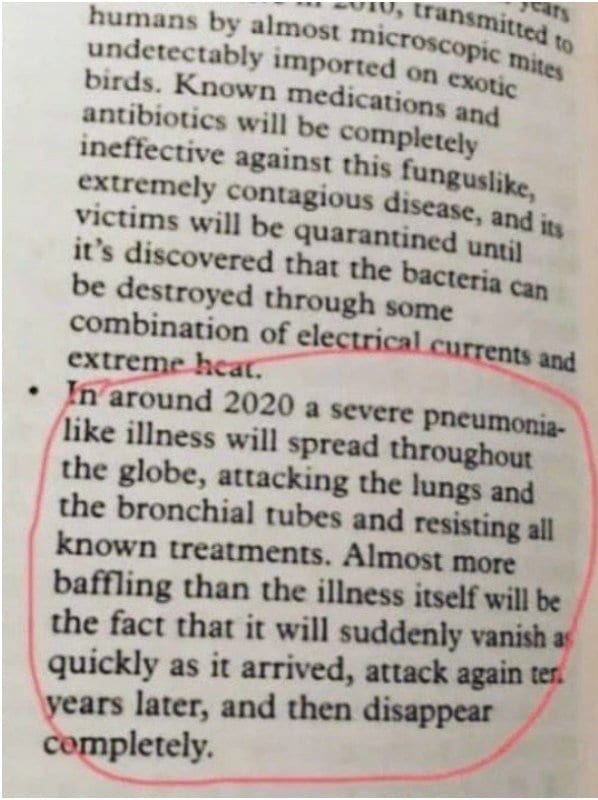 Heck, there are even rumours that COVID-19 was caused by the democrats to dethrone President Trump.

And while I believe that COVID-19 is this decade’s most powerful economic warfare weapon, it really doesn’t matter – it’s all hearsay.

What’s important is how we should invest at this point.

How to Invest During the Coronavirus Pandemic

I have no doubt that the spread of the COVID-19 disease will dwindle in the coming months. Like most outbreaks, it will plateau – especially given the extreme measures the world is taking in unison.

Combine that with the warmer months ahead, we should see a dramatic decline of the disease.

But in the meantime, the world will lose a quarter of GDP growth – effectively equalling a global recession. Meanwhile, credit markets are on the brink of failure.

As a result, we’re already seeing massive rate cuts around the world and creative stimulus across many nations.

President Trump has already announced a payroll tax cut that could be worth over US$1 trillion – that’s already more than the bailout of 2008. Meanwhile, the Fed has already begun a repo program worth $1.5 trillion, with an additional $500 billion every week for the next month.

Combined, that’s already a whopping $5 trillion worth of monetary injections.

And I bet there’s more coming.

If the spread of COVID-19 subsides in the coming months, which I suspect it will, and provided that credit markets don’t completely collapse, we’re going to see stocks rebound and strong asset classes such as gold climb.

The summer could be a boon for those willing to take risks by investing in stocks and gold-related assets.

But as the summer fades away and fall comes, the weather will get colder – making it easier for the COVID-19-causing virus to come back for another round.

(In fact, most outbreaks often plateau, subside and come back for another round.)

By that time, we would have learned much about the virus, and a vaccine may even be close.

However, that won’t stop the volatility of the stock from coming back.

Because Trump will be defending his title. And the democrats will throw everything, including the kitchen sink and COVID-19, to dethrone him. 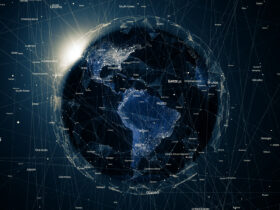 How 170 People Led to Billions in Revenue

They changed the fate of billions - A look at how data is manipulated and how it is being used to generate hundreds of billions of dollars. 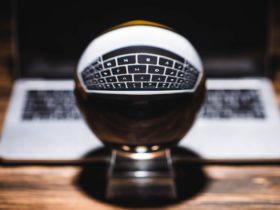 The Boldest Prediction of 2020

Everything you need to know about COVID-19 testing, including RT-PCR tests. And how it leads to one of our biggest predictions of 2020. 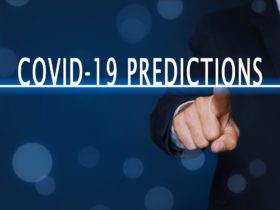 COVID-19 Predictions for the Stock Market: Were We Right?

Back in March, when everyone was running scared and global lockdowns were initiated, we made some startling and controversial stock market and COVID-19 predictions. We were right? Let's take a look.