Millennial Lithium Corp. (ML: TSX.V) (A3N2:GR: Frankfurt) (MLNLF: OTCQB) (“Millennial” or the “Company”) is pleased to announce the current drill program at Pastos Grandes was expanded to include a third drill site.  The addition of this third drill site will enable Millennial to delineate a continuous resource block and complete an initial resource estimate, as final results are received.

To date, the Company has completed exploration drilling at two sites with favorable results.  Both exploration holes encountered thick sequences of loose, brine-bearing sediments.   Samples from both exploration holes have been shipped to laboratories in Argentina and Canada, and analytical results are expected shortly.

Exploration hole, PGMW1601 was completed to a depth of 355 metres (m) and encountered thick sequences of unconsolidated brine-bearing sand and gravel horizons from 19-58m, multiple permeable beds to 337m, including a highly permeable gravel layer from 316-322m, and uniform, unconsolidated sand to total depth. The hole was terminated due to drilling conditions as a result of loose sediments. Exploration hole, PGMW1602, collared over 1.5 kilometres west of PGMW1601, was drilled to a depth of 400 metres and encountered similar sequences of sediments with high porosity and permeability to total depth. This hole was also terminated due to loose ground conditions but deeper than the planned depth.

One metre interval packer samples were taken from both exploration holes at various depths to 275 metres. Density measurements for these samples are shown in the following table. Densities of all samples are indicative of brine from top to bottom and are consistent with near-surface lithium values in the western portion of the salar, as reported in previous exploration programs. Furthermore, brine flow was detected in all but one of the packer sampling intervals. Depth limitations of initial packer sampling beyond 275 metres are being addressed by sampling during pumping tests. Equipment with greater depth capacity has been added to the program, enabling packer sampling to now be completed to 400 metres.

The pumping test well, PGPW1601 was drilled at a diameter of 15 inches to a depth of 121 metres, and then 10 inches to the total depth of 380 metres. The well was completed with slotted casing (screen) at 10 inch and 6 inch diameters, with gravel pack from top to bottom, in order to capture brine from the numerous permeable layers. The well has been cleaned and is presently undergoing a 72-hour pumping test to determine the sustainability of pumping and overall effective porosity. Initial flow rates observed on site have been encouraging and the Company expects to receive final results shortly.

Iain Scarr, VP Development and Exploration, states “Adding a third well to our current exploration program will allow us to quickly move forward with an inaugural resource estimate, a key step in moving towards production at Pastos Grandes.”

Millennial Lithium Corp. was recently added to the Solactive Lithium Index, which tracks the performance of the 25 largest listed companies whose main business operations are exploration, mining and/or investing in lithium.

This news release has been reviewed by Iain Scarr, VP Development and Exploration of the Company and a qualified person as that term is defined in National Instrument 43-101.

To find out more about Millennial Lithium Corp, please contact investor relations at (604) 662-8184 or email info@millenniallithium.com.

This news release may contain certain “Forward-Looking Statements” within the meaning of the United States Private Securities Litigation Reform Act of 1995 and applicable Canadian securities laws.  When used in this news release, the words “anticipate”, “believe”, “estimate”, “expect”, “target, “plan”, “forecast”, “may”, “schedule” and similar words or expressions identify forward-looking statements or information.  These forward-looking statements or information may relate to future prices of commodities, accuracy of mineral or resource exploration activity, reserves or resources, regulatory or government requirements or approvals, the reliability of third party information, continued access to mineral properties or infrastructure, currency risks including the exchange rate of USD$ for Cdn$, fluctuations in the market for lithium, changes in exploration costs and government royalties or taxes in Argentina and other factors or information. Such statements represent the Company’s current views with respect to future events and are necessarily based upon a number of assumptions and estimates that, while considered reasonable by the Company, are inherently subject to significant business, economic, competitive, political and social risks, contingencies and uncertainties. Many factors, both known and unknown, could cause results, performance or achievements to be materially different from the results, performance or achievements that are or may be expressed or implied by such forward-looking statements. The Company does not intend, and does not assume any obligation, to update these forward-looking statements or information to reflect changes in assumptions or changes in circumstances or any other events affections such statements and information other than as required by applicable laws, rules and regulations. 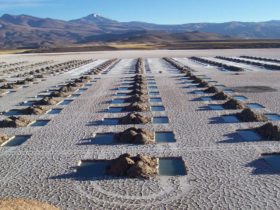 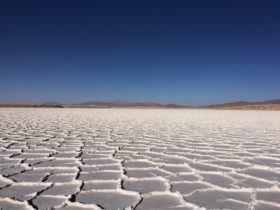 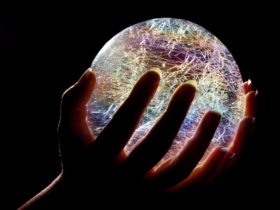 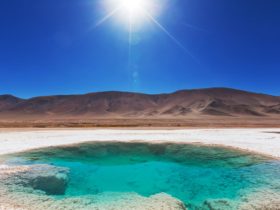 Millennial Lithium Corp. (TSX VENTURE:ML) reports that its wholly owned Argentine subsidiary, Proyecto Pastos Grandes S.A. has entered into a letter of intent with Southern Lithium Corp. (TSX VENTURE:SNL) whereby, upon execution of a definitive agreement Southern will be granted the option to acquire up to an eighty (80%) percent interest in and to the Company's Cruz Property in the Pocitos salar basin in Salta Province, Argentina.