The Prison for Profit Scam?

But consider three separate announcements from the Trump administration, consider who benefits from them, and make up your own mind: Is this a conspiracy to benefit Trump’s corporate donors, or mere coincidence?

In just over a month since Donald Trump and his team took over at the White House, three major announcements were made that will cause America’s spending on law enforcement to soar.

First, the policy to detain and deport up to 11 million undocumented immigrants in the United States.

Second, the announcement that the Trump administration expects federal law enforcement to prosecute users of recreational marijuana, even in states where it has been legalized.

Who wins in this scenario? Obviously, the owners of America’s network of privately owned prisons.

So, it should come as no surprise that the two largest private prison companies in the world – CoreCivic (formerly Corrections Corporation of America) and Geo Group – were major contributors to Trump both before and after the election.

CoreCivic and Geo Group each donated $250,000 to help pay for Trump’s $100 million inauguration party in January. Geo also donated $225,000 through a company subsidiary to the super PAC that spent $22 million helping Trump get elected.

You can figure out for yourself whether it’s coincidence that Sessions announced just weeks later that the United States government will embrace the increased use of private prisons.

And it goes deeper than that.

“When coupled with the above-average rate of crossings along the southwest border, these executive orders appear likely to significantly increase the need for safe, humane and appropriate detention bed capacity that we have available,” Hininger said.

Stock prices for Geo and CoreCivic fell sharply last August when the Obama administration announced the government would phase out contracts with private prisons.

But the market has clearly responded to Trump’s reversal of the policy. Geo’s stock fell to a low of $19.51 per share in August, and soared to $47.51 after the announcement by Sessions.

Economists are currently trying to estimate the costs of Trump’s policies on immigration enforcement and continuing prosecutions of marijuana users.

Last year at this time the right-of-centre American Action Forum calculated the cost of removing all undocumented immigrants over two years would cost taxpayers up to $300 billion.

Their study concluded the entire enforcement apparatus throughout America would have to be massively expanded, including:

However, none of these figures includes a major change to Trump’s stance on HOW immigrants would be detained and deported.

Today, undocumented immigrants are usually detained for a short period, brought in front of an immigration court, and released on bail until a ruling is made on their case.

The Trump administration wants to keep detained immigrants in prison until they are actually deported. This would massively increase the costs … and the number of beds in private prisons run by Geo and CoreCivic … because each detained immigrant would be in prison for a longer period.

Right now there are not enough prison beds available to house the detained immigrants, and those two companies would be paid by the federal government to build and staff dozens of new prisons.

In fact, the directive specifically states there will be more jails constructed along the southwest border. Currently, about 65 per cent of people detained by Homeland Security are held in private prisons.

If Trump were to follow through on his promise to detain and deport all undocumented immigrants, and to prevent more from entering the country, the cost is estimated at more than half a trillion dollars!

Unfortunately, it’s not just deportation that’s in the works. The Donald also announced in February that he expects federal agencies to prosecute people who use recreational – as opposed to medical – marijuana.

Press Secretary Sean Spicer said on Feb. 23 that federal law prohibits the Drug Enforcement Agency from charging people using medical cannabis laws in states where it is legal … but he added that protection does not extend to people using recreational marijuana.

Spicer put a chill on the exploding medical marijuana industry, saying there will be “greater enforcement” of federal cannabis laws even in states that voted to legalize.

Marijuana stocks promptly fell, even for Canadian weed companies, while the stocks for private prison companies rose even further.

There are winners and losers in such a policy, and one of the clear winners will be, again, CoreCivic and Geo. When states like Colorado legalized marijuana, the number of drug prosecutions fell sharply, and fewer people were sent to prison. There are already eight states that have voted to legalize recreational marijuana, including California.

From the point of view of CoreCivic and Geo, that’s not good for business. Just consider the following:

The impact of Trump’s policies, if in fact they are carried out, would be devastating for the US economy, and would ruin the lives of millions of people. This is not exaggeration; it’s a simple fact.

A country that is slashing social programs to combat its massive deficit is turning around and increasing the budget to throw people in prison.

The people in those prisons will no longer contribute to the economy, but will become a drain, even after release.

Because the impact of incarceration does not end on the day of release. A conviction makes it harder to find a job, and to earn a living.

As well, expect the ongoing racial divisions in the US to get even worse.

The deportation order impacts mainly Latino families, while the crackdown on marijuana will affect primarily African-Americans. Black people are 3.7 times more likely than Caucasians to be arrested for marijuana offences, and 10 times more likely to go to prison for that offence.

Finally, consider that private prisons were found to have more safety and security incidents per capita than publicly run prisons.

A report by the Office of the Inspector General found prisoners in the private prisons faced poor condition, unacceptable food and health care, and were subject to more violence, including violent rape. An investigation by The Nation magazine documented dozens of deaths due to substandard care and conditions. What we have in these three policy announcements is a clear benefit to Geo Group and CoreCivic, both major contributors and allies of the Trump administration.

GEO Group in particular has a long history of donating to politicians who back “enforcement-first” immigration policies.

Geo has often argued it does not attempt to directly influence immigration issues, but the company has disclosed the fact it lobbied on the comprehensive immigration reform bill debated in Congress in 2013 and openly concedes in regulatory statements that immigration laws are central to the company’s bottom line.

“Immigration reform laws which are currently a focus for legislators and politicians at the federal, state and local level also could materially adversely impact us,” says the GEO Group’s 2011 annual report, filed with the US Securities and Exchange Commission.

The statement specifically cited the “relaxation of criminal or immigration enforcement efforts.”

When you consider the number of people in prison was actually dropping since 2013, and that the Obama administration wanted to phase out private prisons altogether, you can see why CoreCivic and Geo Group were so eager to see Trump elected.

If the trend had continued, if immigration amnesties had continued, and if the War on Drugs was dialled back through legalization of marijuana, the United States would no longer have needed private prisons at all. Costs would have dropped for policing, courts and corrections, releasing funds that could be used to pay down the debt, or for schools, health care and social programs.

Not coincidentally, the President plans to slash federal spending in all of these areas.

Instead, the Trump administration is adopting policies that will ruin lives, wreck the economy, and increase the national debt … and the only people who profit are the owners and shareholders of Geo Group and CoreCivic.

On that note, it appears to be working. Both companies shares have soared and Geo hit an all-time high at the end of February.

The question is, how much are Americans willing to pay so private prisons can make greater profits? 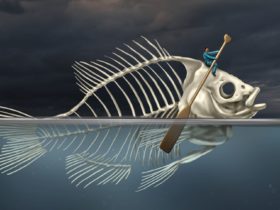 A Most Radical Prediction

You may not like it, but get ready because extreme changes are about to unfold. In this issue, we talk about who will win the US 2020 elections and why it will change the world. 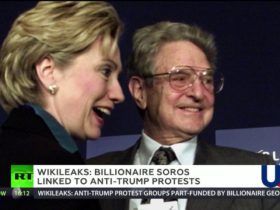 Some of the anti-Trump protests in the US have been organized by groups that were sponsored by Clinton sympathizer and billionaire George Soros. 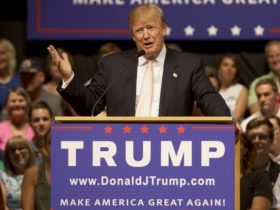 Why the People are Voting for Donald Trump

If this one event happens, the world could be in for a very disastrous and disturbing surprise. In this Letter, I'll tell you what that event is and what to do if it should happen. Also, I talk about why Americans are voting for Trump and I give an important update on a major technological breakthrough.