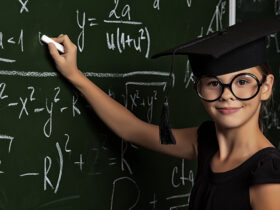 A mining feasibility study, in short, is an evaluation of a proposed mining project to determine if the mineral resource can be mined economically. But there are many stages of this process before the actual feasibility study or report is finalized.

Key Things You Should Know About Mining

The two most important factors in mining is the mining itself, and the feasibility of the project. Here's what you need to know before investing in mining companies.

A Lesson in the Making

<p>The deal is done. In last week's newsletter, we talked about the significance of October 6, 2009 - a date marking the final signing of an agreement that will begin the process of opening up one of the world's largest undeveloped copper-gold resources.<br /><br />Ivanhoe Mines and Rio Tinto has now officially signed with the Mongolian government to begin the Oyu Tolgoi copper-gold project, a project with a fully operational expected production of 450,000 tonnes of copper per year and 330,000 ounces of gold and an estimated resource with an astounding 45.2 million ounces of gold and 78.9 billion pounds of copper. <br /><br />That's not a misprint. <br /><br />It's no wonder why Ivanhoe's share price is almost back to its two year high, climbing from its 52-week low of just over CDN$2, to this past Friday's close of CDN$13 even. <br /><br />Let's put that into perspective.</p>

<p>With the world's largest undeveloped copper and gold projects, you'd think by now Mongolia would be a mining household name. But this destitute country's overzealous legal restrictions on mining, stemmed from its greed for an ever-greater share of mining profits have finally been broken.</p> 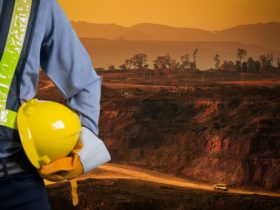 <p>Nobody likes resource companies these days. Heck, nobody likes the markets at all. <br /><br /> But I think it's time for anybody with a sense of reality to once again consider looking at resource plays as a way to reap the incredible opportunities that this market has in store for risk-tolerant and patient investors. <br /><br /> Since last year, I am sure that all of your senses have gravitated towards the sentiment that the resource sector, especially the juniors of the Canadian exchanges, will not last another year. I am sure you have heard that many are stuck with projects that are too big for their companies to handle. I am sure you have seen corporations go belly up right under your nose. I have too. I speak with these companies each and every day. <br /><br /> But have you heard the other side of the story?<br /><br /> Traditional sources of financing have been near impossible for corporations. Remember the days when banks would force upon you every possible loan available? I do. That was last year. But things are different now. Banks have undergone a dramatic overhaul and are now terrified to even mention the word loan. <br /><br /> For most corporations, it doesn't matter how good your cash flow, revenue, forecasts, or your balance sheet might be. It doesn't matter if you have been in business for 50 years and have never missed a loan payment. Even the billions upon billions of government bailout funds and depressed central bank rates all across the world are not enough to get the credit flowing again. And you know what? It doesn't seem to be that big of a deal. <br /><br /> Not to the resource companies, anyway. <br /><br /> <img src="http://ih.constantcontact.com/fs005/1102243211822/img/105.jpg?a=1102539991950" border="0" alt="Click to Play" width="239" height="181" align="right" />In the past few months, natural-resource players have raised well over $40 - $45 billion from outside the regular banking system. Most of the funds, from private investors and investment banks, have been accumulated through private placement bought deals and these astronomical financing figures are still pouring into both the smallest of the small caps and the largest of the large caps. <br /> Need proof?<br /><br /> In February, Kinross raised $400 million (bought deal), then used $150 million to buy 20% of Harry Winston Diamond Corp. Cameco raised $460 million (bought deal) and BHP Billiton creatively raised $3.25 billion through corporate bonds. The list goes on. Even Gold Wheaton, a company trading at less than $0.26, has raised $200 million in the last few months.<br /><br /> Early February, practically every mining junior corporation I spoke with were worried about raising cash. Now many of them have held successful fundraisers over the last 60 days. In less time to follow a full season of your favourite sitcom, the one industry everyone shunned is now at the forefront of cash infusion from private lenders and big time investment players. <br /><br /> The money being poured into the resource sector is obviously coming from the successful and notably wealthy players of our markets. No doubt they see the natural resource sector as the goose that lays the golden eggs and as a force field to deflect the dangers against the battalion of the U.S Treasury's printing presses. <br /><br /> It's not only the big investment players coming out to swing their bats. Let's not forget the biggest player of them all: China. <br /> Over the last few months, China has been buying up everything natural resource from Copper and Iron miners to Canadian Oil Sands. <br /><br /> According to a statement on their central government's Web site from Commerce Minister Chen Deming, China will send more commercial missions overseas to make purchases and investments this year. During a recent purchasing tour in February to Germany, Switzerland, Spain and the U.K., Chinese companies spent more than $13 billion. According to the 21st Century Business Herald, the US is the next stop as the Chinese ministry sends a business group on a buying trip to the U.S. later this month.<br /><br /> These investments may not all be in the form of resource-specific plays, but the underlying tones based on their recent actions suggests to me that resource is a big part of their focus. <br /><br /> The big players in the investment business have all come to play ball on the resource sector's home court. Do you want to be sitting in the nosebleeds when the game begins or do you want a spot in the starting line up?</p>