A special French court has found the head of the International Monetary Fund (IMF) guilty of negligence – by allowing the misuse of public funds over a large state payout to a business tycoon, when she was the country’s finance minister.

The judges ruled that Christine Lagarde had failed to challenge a 400-million euro state arbitration payment to Bernard Tapie in 2008.

Despite the ruling the court decided not to hand down a sentence. The charge carried a potential punishment of a year in prison and a 15,000-euro fine. 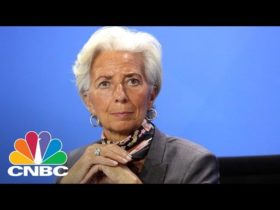 CNBC's Sara Eisen discusses the charges against Christine Lagarde in regard to misusing public funds.