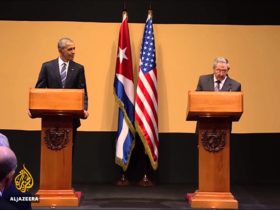 The US and Cuban presidents have met in Havana in a historic meeting where they pledged to put aside the differences that have divided their countries for decades. Barack Obama welcomed what he called a "new day" in relations between the two countries. But President Raul Castro was forced to defend Cuba's record on human rights. 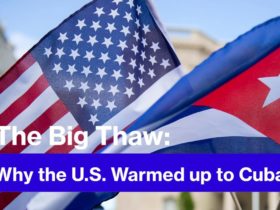 QuickTake: Why the U.S. Finally Warmed Up to Cuba

President Obama is in Cuba starting March 20, 2016. It is the first time a sitting US President has visited the island since 1928. This video QuickTake explains the thaw in the US-Cuba relationship.